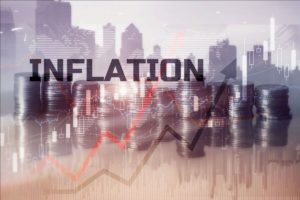 Inflation in Canada has come down a little, but it remains far too high. After rising rapidly to reach 8.1 per cent in June, inflation as measured by the consumer price index (CPI) was 7.6 per cent in July.

The good news is that it looks like inflation may have peaked. The price of gasoline, which has contributed about one-fifth of overall inflation in recent months, declined from an average of $2.07 a litre in June to $1.88 a litre in July. And we know gas prices at the pump have fallen further so far in August. Prices of some key agricultural commodities, like wheat, have also eased, and global shipping costs have fallen from exceptionally high levels. If these trends persist, inflation will continue to ease.

The bad news is that inflation will likely remain too high for some time. Many of the global factors that have pushed up inflation won’t go away quickly enough — supply chain disruptions continue, geopolitical tensions are high, and commodity prices remain volatile. And here at home, our economy has been running too hot. As Canadians finally enjoy a fully reopened economy, they want to buy more goods and services than our economy can produce. Businesses are having trouble keeping up with demand, and that’s leading to delays and higher prices. The result is broad-based inflation. Even if inflation came down a little in July, prices for more than half of the goods and services that make up the CPI basket are rising faster than five per cent.

As the central bank, it’s our job to control inflation and that means we need to cool things down. That’s why we have been raising interest rates since March. In July, we took the unusual step of raising the policy interest rate by a full percentage point, to 2.5 per cent. Increasing our policy rate raises borrowing costs across the economy — for things like personal loans, car loans, and mortgages. And when we increase the cost of borrowing, consumers tend to borrow and spend less and save more. We need to slow down spending to allow supply time to catch up with demand and take the steam out of inflation.

One area of the economy where it is easy to see how this works is the housing market. With higher mortgage costs, housing activity has slowed quickly after unsustainable growth during the pandemic, and housing prices are moderating. As housing slows, peoples’ spending on housing-related goods and services, such as renovations and appliances and furniture, should also slow.

To tame inflation, we need to bring overall demand in the economy into better balance with supply. Our goal is to cool the economy enough to get inflation back to the two per cent target. We don’t want to choke off demand — we want to slow its growth. That’s what we call a soft landing. By acting forcefully in raising interest rates now, we are trying to avoid the need for even higher interest rates and a sharper slowing down the road.

I know some Canadians are asking, “Why are you raising the cost of borrowing when the cost of everything is already too high?”

We recognize that for many Canadians higher interest rates will add to the difficulties they are already facing with high inflation. But it’s by raising borrowing costs in the short term that we will bring inflation down for the long term. This will ultimately be better for everyone because high inflation hurts us all. It eats away at our purchasing power and makes it difficult to plan our spending and saving decisions. It feels unfair and that erodes confidence in our economy.

The best way to protect people from high inflation is to eliminate it. That’s our job, and we are determined to do it. Tuesday’s inflation number offers a bit of relief, but unfortunately, it will take some time before inflation is back to normal. We know our job is not done yet — it won’t be done until inflation gets back to the two per cent target.

Tiff Macklem is governor of the Bank of Canada

I published Macklem’s statement in its entirety to do it justice. You can decide whether you think the overnight rate will go up by 50 vs 75 bps on September 7th, but undoubtedly it will go up. It is also clear that the Bank will not cut the policy rate until inflation is at the 2% target. So don’t assume that variable mortgage rates will decline quickly in response to a slowdown in the economy. The Bank’s emphasis on the housing slowdown being an essential precursor to the reduction in overall economic activity portends an extended period of credit stringency.

This is a sea change in the economy. This is the end of a forty-year bull market in bonds triggered by the disinflationary forces of globalization, cheap emerging market labour and rapid technological advance. It is also the end of very cheap credit. Household balance sheets will feel the pinch. Recent home borrowers who benefited from the record-low mortgage rates for the two years beginning in March 2020 will increasingly feel the constraint of higher borrowing costs on their discretionary spending. Ultimately, this will return inflation to its 2% target, but it will take a while.